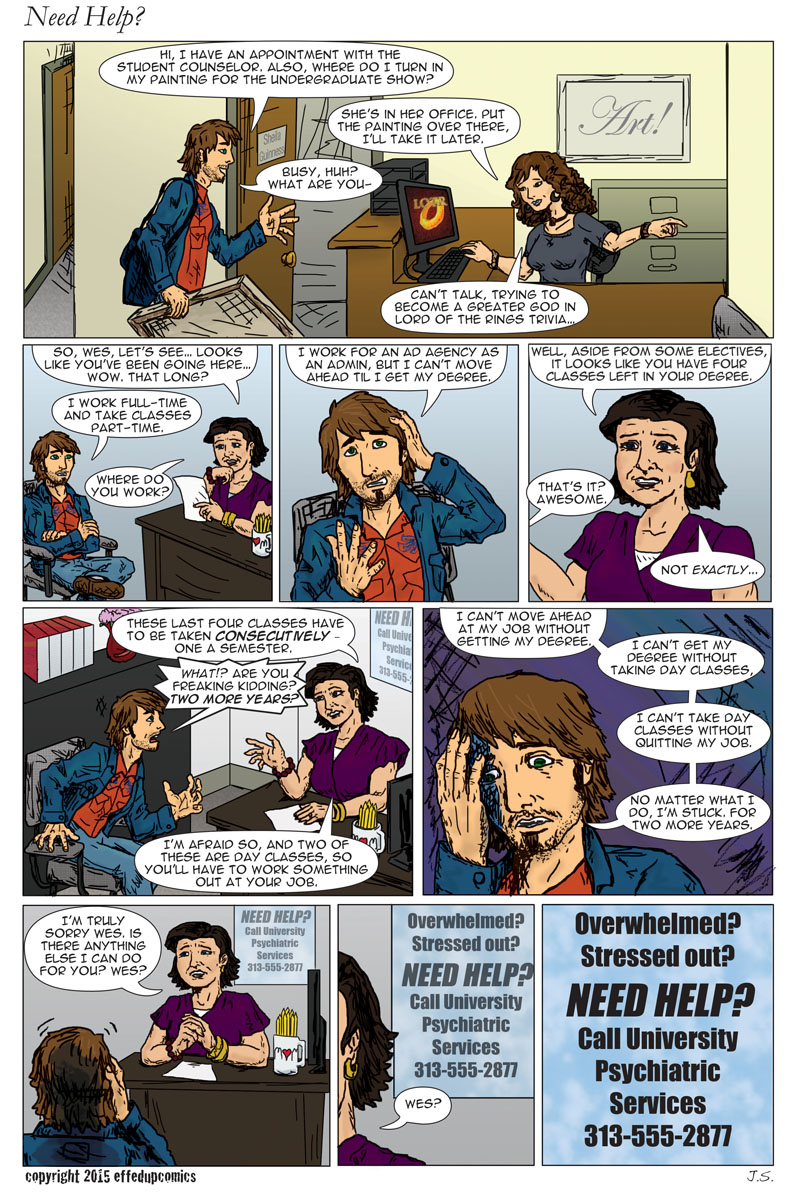 Sarah coined the term “Wayne-Stated” which describes the feeling of being economically, scholastically or professionally screwed over by an establishment of higher learning – essentially coming out of college four (or eight) years later with an unmarketable degree and student loans you can never pay back.

A couple panels couldn’t fit in here, specifically where the counselor compliments Wes on his 4.0 gpa and he demurs it’s because he only takes three classes a semester, then goes on to explain he initially thought he could take night classes during the summer but none of his classes were available, so it’s taken him a bit longer than expected.  I should at this point stress that my counselor was very helpful and supportive and most of these mistakes were the result of trying to do it on my own and not consulting with anyone until it was too late.

So basically I Wayne-Stated myself.

Also, you’ll notice that Sadie has been tagged in this comic. Hmmm…