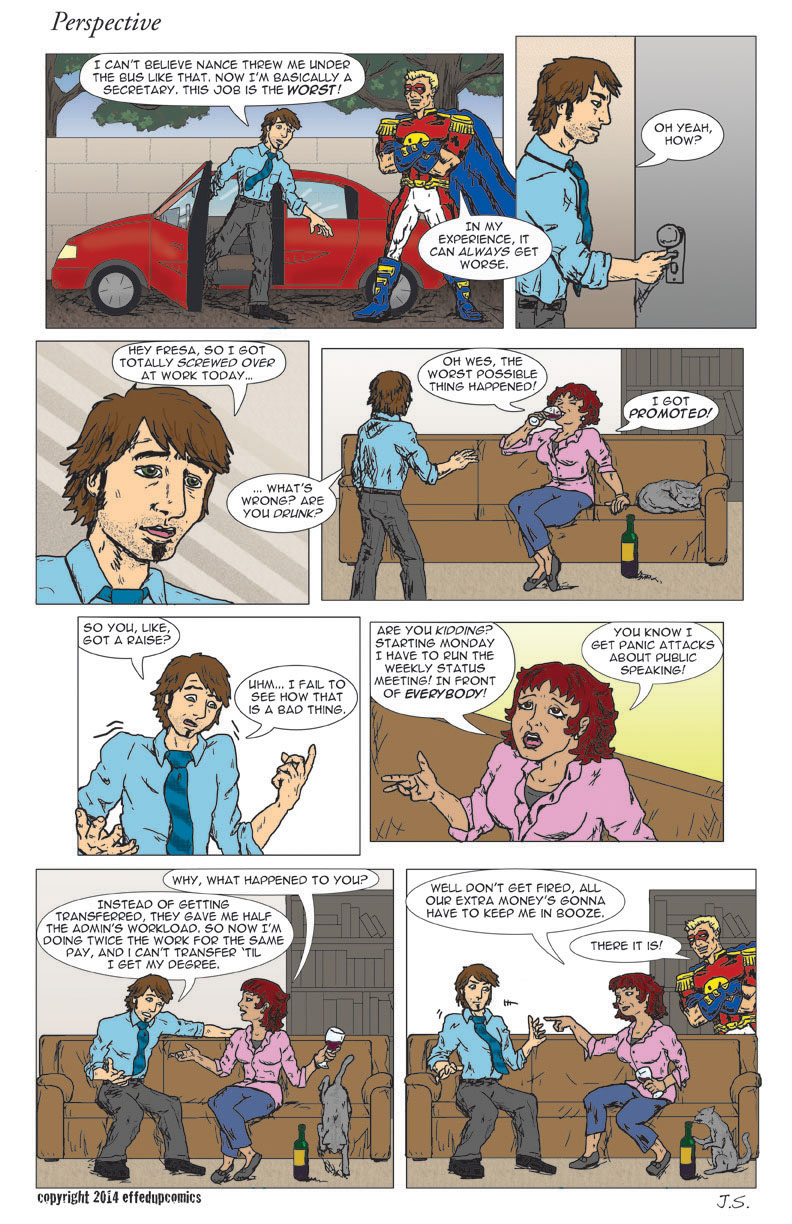 Well that was pointless.

The idea was, since Sarah’s been working 60 something hours a week and Andrea had her car broken into, they were otherwise occupied, so I’d take the opportunity to do a quick’n’dirty  remix, extending Wes’ storyline a little and get some extra characterization. To accomplish this, I thought I would create a page completely digitally. Meaning I did a super sketchy thumbnail sketch in photoshop, then proceeded to refine it with a grey “pencil” layer, then perfect it with the usual black “ink” layer and colors.

Three days ago I got so frustrated by this process that I almost shut down the site and tossed Sarah’s laptop through window. Neither of which would have been smart. The laptop kept crashing. When it didn’t, I just wasn’t getting the results I wanted from the photoshop brushes. I redrew the thing like seven times, then as I was adding the text I realized the layout was too crowded and had to shrink a bunch of the images – in this case at least photoshop came in handy. A lot of time was taken up coloring the car and the playing with pattern filters. Also I rethought several lines of dialog, and switched up the punchline.

So now it’s done. Two weeks later. Here’s your damn quick one. Hope you like it.

Note: Sarah might post an actual quick one Thursday, and drastic measures may be taken next week to get two more comics up. Then again, we’ve been so busy with surprise Jack White Concerts and multiple weddings and car break-ins, who knows what will happen?